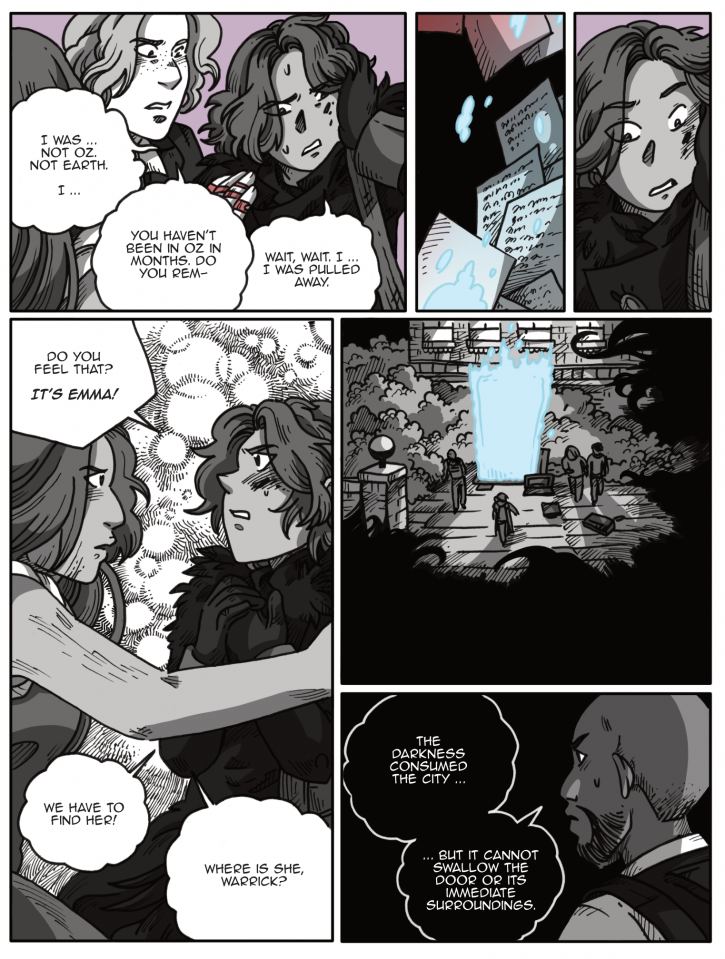 For those who didn't see Saturday's update, a summary as to what is going on, because webcomic time can be the worst.

Basically, Hyde grabbed all the shadows that were around to make a big, dark group of showers. But, instead of eating the world, they got distracted and started fighting - primarily by the people with power hanging out in the void.

Emma took her heart out to make it into a sword, because the less human a key is, the more functional it is. For example, see where Peter Pan removed his memories.

Emma is, in essence, now in the same weight class as a shadow. However, as established by Adora in chapter 25, fighting a a shadow leads to pieces breaking off and being lost.

In these two pages, the shadows are trying to take a chunk of Warrick's sword/heart. This caused him to basically stop working. Emma, who refuses to lose this piece, sacrifices some of her internal archive to save Warrick.

Discuss this comic in the comments or on our Discord!