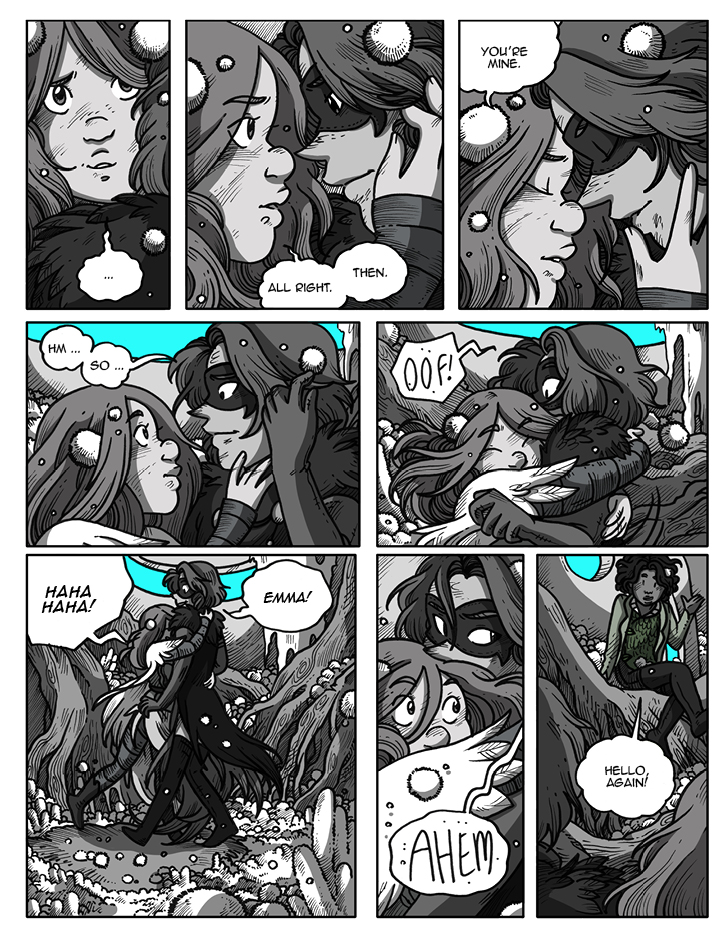 So Isa mentioned this to the Patreon folks, and I wanted to echo the same sentiments on the live post:

Yes, Emma and Warrick are official. This is the shippening, and it has sailed. Isa and I both love navigating this sort of relationship.

Isa's view: I tend to view them as a "quiet fire" type of couple. One that is pretty calm, respectful and communicative while still being crazy levels of passionate and dedicated to each other. Those types of couples are usually more fun to write after they get together then during the build up, which is why we went for them hooking up mid-story. I really look forward to exploring how much they just adore each other, while also exploring the baggage and issues they have to deal with respectively or as a team to get stronger. It's gonna be a fun ride.

Meg's view: I have never been a fan of getting a couple together just to split them apart to generate angst. Established couples are super romantic and sexy, and a large part of that is the love and trust they have in each other. It doesn't mean that their baggage disappears, but they will deal with it together. I love exploring the power of a unit that's together rather than just engage in endless "will-they-won't-they." It's not in Emma or Warrick's nature to engage in petty relationship drama, and it would be wildly OOC for them to suddenly start. Unlike what you see on the vast majority of American TV, getting together isn't the end of the story. It's only the beginning.

So, what's your guys favorite part of the relationship?