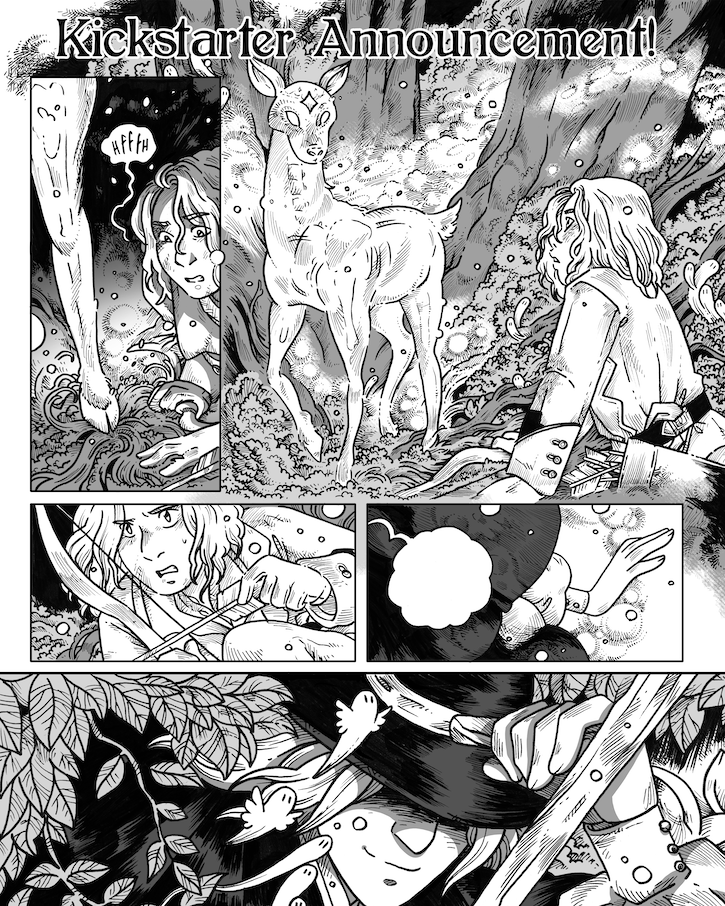 The collective IsaMeg has a story in the latest Iron Circus anthology "You Died," an anthology centering around death. The description is as follows:

Death is, truly, the one thing we all have in common. But that doesn't make it easy to talk about.

None of us can agree on what happens after the end comes, or about how much we should think about it beforehand, or even what death should mean to the living. But who says there's anything wrong with that? Not us.

This Iron Circus Comics anthology features a line-up of cartoonists, both new and notable, relating their favorite stories, myths, hopes, and suspicions about death, dying, and evenThe Great Beyond.

Featuring a foreword from the New York Times bestselling author (Smoke Gets in Your Eyes: And Other Lessons from the Crematory, From Here to Eternity: Traveling the World to Find the Good Death) and founder of death positivism herself, Caitlin Doughty, YouTube's very own Ask a Mortician, YOU DIED upholds the Iron Circus tradition of uniquely intriguing subject matter and artful execution in this frank and honest exploration of what it means to be "death-positive."

Check out the Kickstarter here! As of 11 p.m. ET last night, it was a good bit of its way toward goal!

NOTE: We will be having some filler sprinkled out the next couple of weeks as the collective IsaMeg heads to FlameCon and Dragon Con!