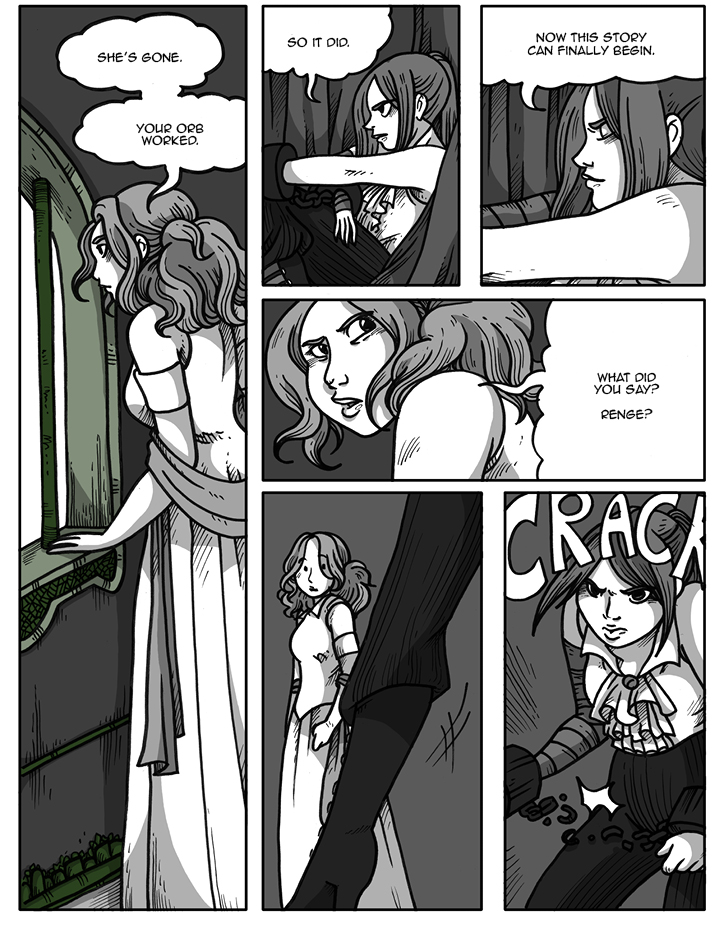 Now the story really begins
Posted December 1, 2012 at 12:00 am
This is the last page of chapter 11. It is also the last page of the Oz arc. As Renge indicates, we're only at the very start of our journey. However, the next few arcs we are hoping won't be anywhere near as long as the nearly 26 months we've spent in Oz (give or take a few secondary arcs). We wouldn't make it without you guys.

The Kickstarter for Namesake vol. 2 will be starting within the next few weeks. Isa and I spent the past few days together in Montreal filming the video for it. I really hope you enjoy it and seeing us together in the same space! Originally, we stated that Namesake vol. 2 would cover Intermission 1 and Chapters 6-9. Well, forget all that. We've revised that. Book 2 will be bigger than book 1. The 172-page book will contain Intermission 1 and Chapters 6-10, plus a side story. As part of the Kickstarter incentives, we will also be offering a bonus side story featuring the story of Adora and Chadrick/Chiseri.Â However, the change in the chapters in the book meant that we wound up having an out-of-place Intermission. If you check the archives, Intermission #2 has been moved to its new home following chapter 10.

Where will Namesake go next? Check back on Tuesday for a sneak peek at the future for Emma, Warrick, Elaine, and company!
Tags: anlise, renge
Comments
Con Schedule