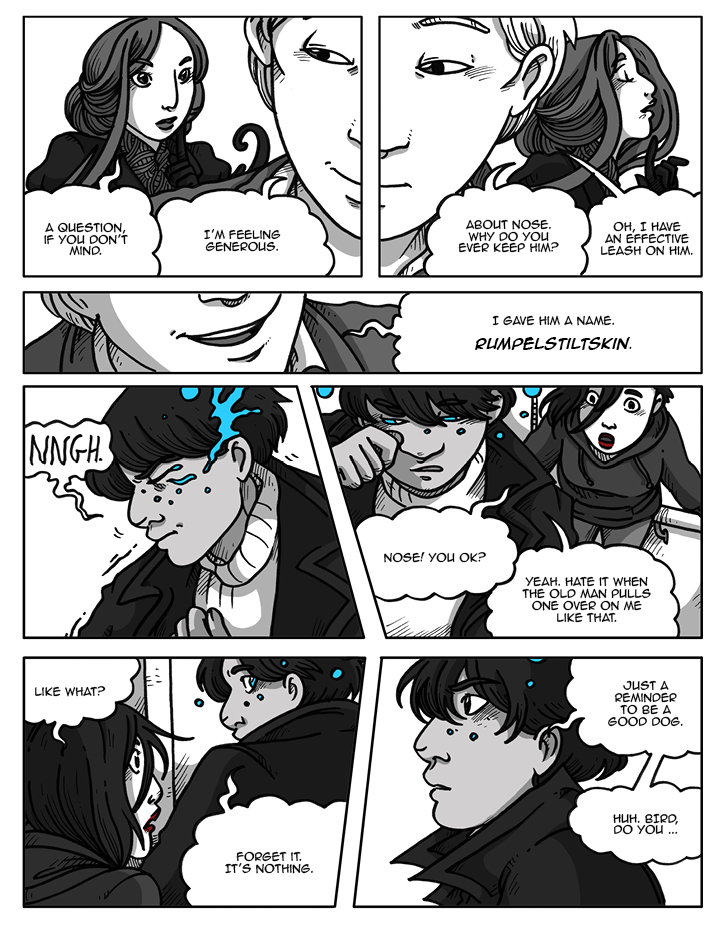 Nose's name
Posted December 12, 2013 at 12:00 am
The name Nose was being called in the Alice flashbacks was an alias. It was always meant to be so.

The origins of creating a RumpelstiltskinÂ character goes back to 2011, when Isa decided to expand the Rippers team, and we wanted him on it. A year later, when fleshing out Nose, we associated the name with him. It was interesting to look at a Namesake whose name causes them to lose power rather than gain it.

We've said all along that there's been a clue to Nose's name throughout the series. Can you guys guess it and where it came from?
Comments
Con Schedule