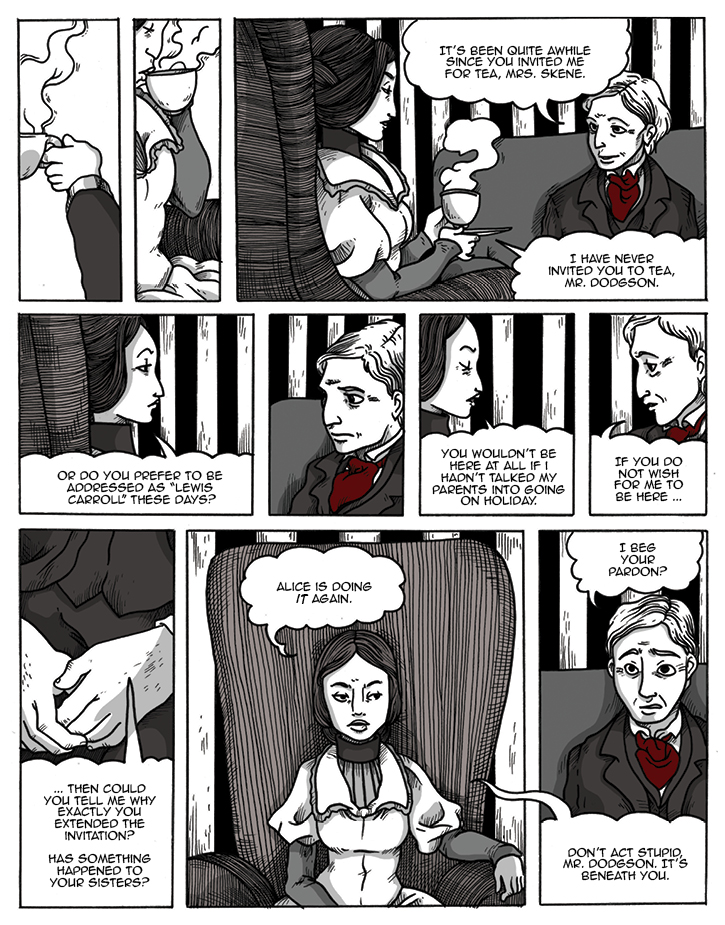 Invitation to tea
Posted July 23, 2011 at 12:00 am
The person that Lewis is addressing in this scene is Lorina Liddell Skene, the older sister of Alice Liddell. This intermission takes place in June 1876. Ina married in 1874.

The prologue and intermissions tell the story of Alice Liddell and Charles Dodgson and their contemporaries, and it's my hope that at the very end of Namesake that we can compile these into its own book in addition to their place in the regular books. While these intermissions seem unrelated Emma's story, believe me, they are very important to the main plot.
Tags: lewis carroll, ina liddell
Comments
Con Schedule