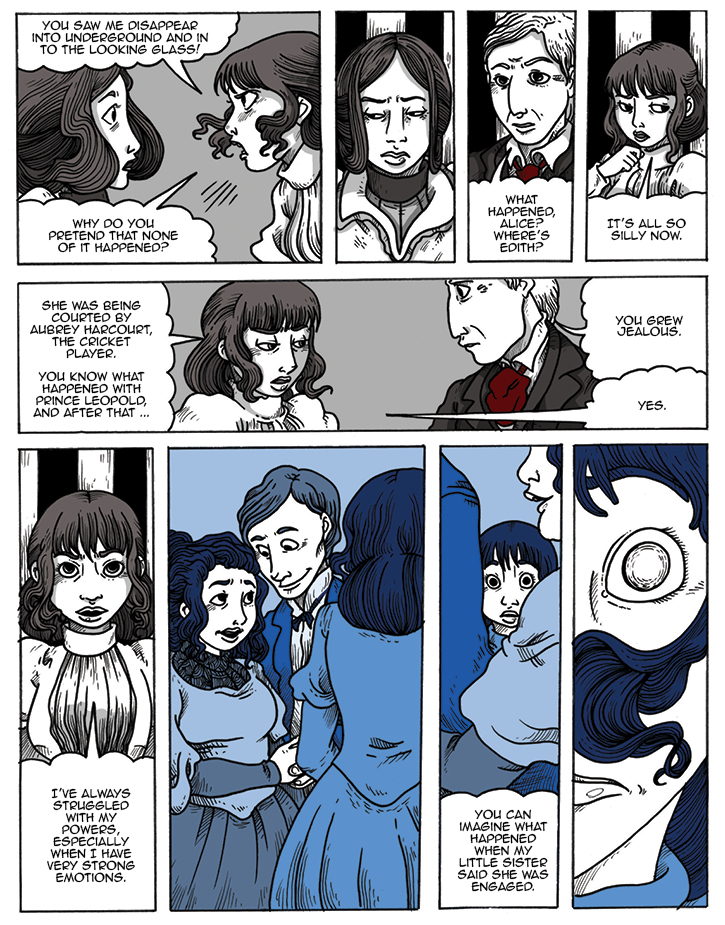 Human emotions
Posted August 6, 2011 at 12:00 am
This page alludes quite a bit to a bit of Alice and Edith's history. In the mid-1870s, Prince Leopold, the eighth child and fourth son of Queen Victoria, was a friend of both Alice and Edith's. There were some people who thought Leopold wanted to marry Alice. Others, including a biographer of Leopold's, thought he really fancied Edith instead. Leopold would go on to become the godfather of one of Alice's sons and name his daughter Alice.