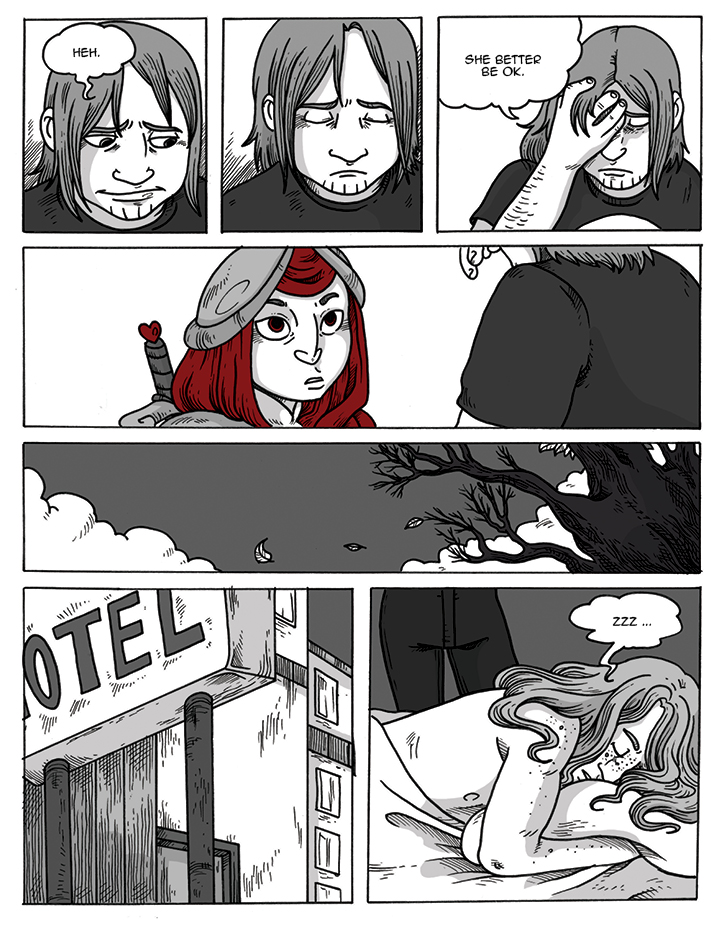 Hopes and dreams
Posted September 3, 2011 at 12:00 am
I've managed to put the post-con stuff up in the store, including new prints and leftover single issues of the Namesake limited-edition comic. We also have Isa's Jabberwocky back in stock. Since I have the copies now, they'll be shipped from Pennsylvania instead of Canada.

Everyone who pre-ordered the limited-edition single issue should have had their copy sent by now. If you did not receive any sort of message from Paypal saying it's shipped, please let me know.

Thanks to the pre-orders and a new digital postal scale, I've been able to tweak the postage rates on the site. They're largely unchanged for the U.S. and Canada, and I've reduced the cost of shipping for multiple items across the board. However, the cost of international shipping beyond that has gone up after seeing the rates charged to Spain and the U.K. It's not by much, but I still wanted to let you guys know.
Tags: ben kench, jack wright, fred
Comments
Con Schedule