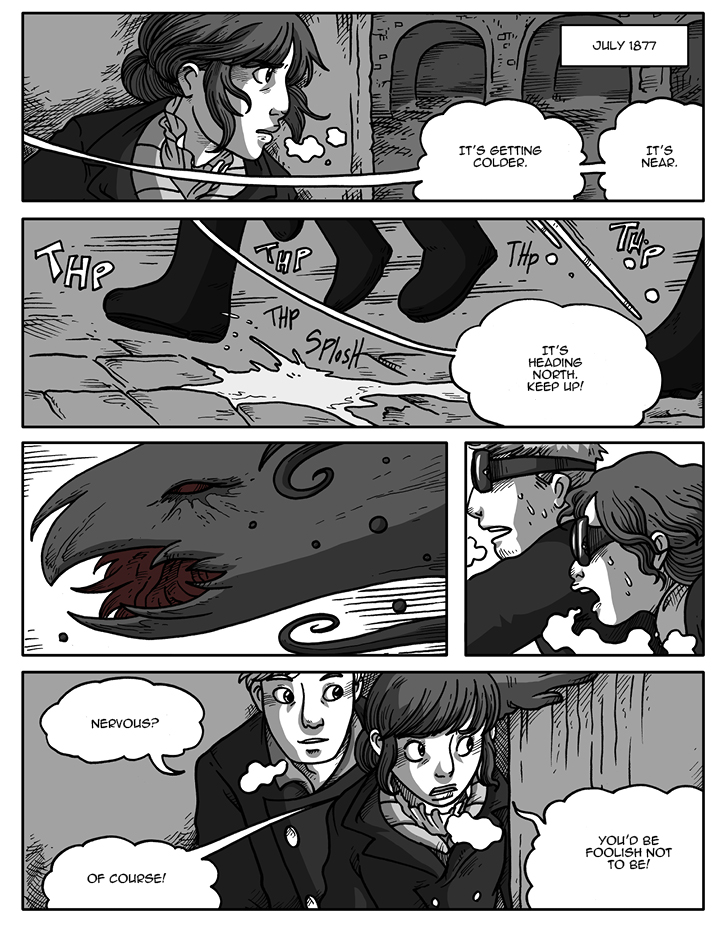 A healthy case of nerves
Posted September 26, 2013 at 12:00 am
The character introduced here is Reginald GervisÂ Hargreaves, which if you read the Calliope Handbook, you already know as Alice Liddell's husband.

Born in 1852 five months after Alice, Reginald was known for his career as a first-class cricket player. Â He played on that level from 1875 to 1885. Little else is known about his life other than his cricket career and his marriage, and Isa and I weren't actually able to find any pictures of Reginald until I was scheduling this page. We finally found oneÂ thanks to Tumblr, and please check out the great blog entry from Phantomwise that the entry was found in (Phantomwise confirmed that the photo of Reginald is from a book on Alice's life).

Reginald was also known as the owner of Cuffnells, which he inherited in the early 1870s after his parents passed away. Interestingly enough, when Cuffnells was demolished in the 1950s, the following was found:

"Local legend also has it that when the old house was demolished, a connecting tunnel to the lodge was discovered, but for what purpose has not been recorded."

And news on the book! It's confirmed that the book will be in port on Friday and to my apartment next week. We are looking to plan Namesake meet-up and book distributions in the following locations in October:


If there is enough interest, I will also consider the New York City area at some point in October.

You can still pre-order copies of Namesake vol. 1 and 2, and we will let you know more once we nail down exact dates/locations.
Tags: alice liddell, reginald hargreaves
Comments
Con Schedule